BY JOSH BOAK
WASHINGTON (AP) — The proportion of U.S. households that own homes has matched its lowest level in 51 years — evidence that rising property prices, high rents and stagnant pay have made it hard for many to buy.
Just 62.9 percent of households owned a home in the April-June quarter this year, a decrease from 63.4 percent 12 months ago, the Census Bureau said Thursday. The share of homeowners now equals the rate in 1965, when the census began tracking the data. 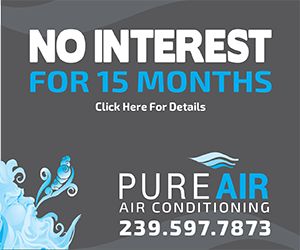 The trend appears most pronounced among millennial households, ages 18 to 34, many of whom are straining under the weight of rising apartment rents and heavy student debt. Their homeownership rate fell 0.7 percentage point over the past year to 34.1 percent. That decline may reflect, in part, more young adults leaving their parents’ homes for rental apartments.
The overall decline appears to be due largely to the increased formation of rental households, said Ralph McLaughlin, chief economist at the real estate site Trulia. McLaughlin cautioned, though, that the decrease in homeownership from a year ago was not statistically significant.
America added nearly a million households over the past year and all of them were renters. Home ownership has declined even as the housing market has been recovering from the 2007 bust that triggered the Great Recession. Ownership peaked at 69.2 percent at the end of 2004.
Home prices have been steadily outpacing gains in average earnings. This has made it harder for first-time buyers to save for down payments, thereby delaying their ability to purchase a home.
The median home sales price was $247,700 in June, up 4.8 percent from a year ago, according to the National Association of Realtors. That increase is roughly double the pace of average hourly wage gains.
Mortgage rates, which are near historic lows, have helped boost sales of existing homes to a seasonally adjusted annual rate of 5.57 million, the strongest pace since early 2007. But few properties are being listed for sale, giving would-be buyers a limited selection and increasing price pressures.
- July 29, 2016 No comments:

It’s a slow Sunday morning. You’ve just brewed your Nespresso and popped open your laptop to check out the latest home listings before you hit the road for a day of open houses.
You’re DIYing this real estate thing, and you think you’re doing pretty well—after all, any info you might need is at your fingertips online, right? That and your own sterling judgment.
Oh, dear home buyer (or seller!)—we know you can do it on your own. But you really, really shouldn’t. This is likely the biggest financial decision of your entire life, and you need a Realtor® if you want to do it right. Here’s why.

1. They have loads of expertise

Want to check the MLS for a 4B/2B with an EIK and a W/D? Real estate has its own language, full of acronyms and semi-arcane jargon, and your Realtor is trained to speak that language fluently.
Plus, buying or selling a home usually requires dozens of forms, reports, disclosures, and other technical documents. Realtors have the expertise to help you prepare a killer deal—while avoiding delays or costly mistakes that can seriously mess you up.

2. They have turbocharged searching power

The Internet is awesome. You can find almost anything—anything! And with online real estate listing sites such as yours truly, you can find up-to-date home listings on your own, any time you want. But guess what? Realtors have access to even morelistings. Sometimes properties are available but not actively advertised. A Realtor can help you find those hidden gems.

3. They have bullish negotiating chops

Any time you buy or sell a home, you’re going to encounter negotiations—and as today’s housing market heats up, those negotiations are more likely than ever to get a little heated.
You can expect lots of competition, cutthroat tactics, all-cash offers, and bidding wars. Don’t you want a savvy and professional negotiator on your side to seal the best deal for you?
And it’s not just about how much money you end up spending or netting. A Realtor will help draw up a purchase agreement that allows enough time for inspections, contingencies, and anything else that’s crucial to your particular needs.

4. They’re connected to everyone

Realtors might not know everything, but they make it their mission to know just about everyone who can possibly help in the process of buying or selling a home. Mortgage brokers, real estate attorneys, home inspectors, home stagers, interior designers—the list goes on—and they’re all in your Realtor’s network. Use them.

5. They adhere to a strict code of ethics

Not every real estate agent is a Realtor, who is a licensed real estate salesperson who belongs to the National Association of Realtors®, the largest trade group in the country.
What difference does it make? Realtors are held to a higher ethical standard than licensed agents and must adhere to a Code of Ethics.

The thing about Realtors: They wear a lot of different hats. Sure, they’re salespeople, but they actually do a whole heck of a lot to earn their commission. They’re constantly driving around, checking out listings for you. They spend their own money on marketing your home (if you’re selling). They’re researching comps to make sure you’re getting the best deal.
And, of course, they’re working for you at nearly all hours of the day and night—whether you need more info on a home or just someone to talk to in order to feel at ease with the offer you just put in. This is the biggest financial (and possibly emotional) decision of your life, and guiding you through it isn’t a responsibility Realtors take lightly.
- July 14, 2016 No comments:


The most sweeping Wall Street reform in generations happened six years ago this July in the wake of the housing crash.
But while the Dodd-Frank Act tightened the purse strings on home lenders, Brian Fulton’s business has been on fire.


Fulton, a mortgage broker at Tomasso Mortgage in Cape Coral. “We’re on track for the best year ever.”
The borrowers are “all over the map” in terms of income: from millionaires who want to take advantage of low interest rate financing, to people earning $37,000 a year.
“It’s not true at all,” Fulton says of the common perception that buying a home requires a 20 percent down payment. As the housing market has sprung back, so have home loan products targeted to the modestly heeled.
To name but a few:
The low down payments are meant to help people with jobs but no savings buy homes. Putting 10 percent down on a $200,000 home would mean shelling out $20,000, but make it 3 percent and buyers only have to fork over $6,000.


The products worry some local real estate professionals who see visions of loose lending behaviors past.
“While well intended, I don’t think those kinds of products are healthy because they make areas like ours more volatile,” said  appraiser  of Maxwell, Hendry & Simmons.
In Simmons’ view, the right time to promote home ownership for everyone was before the housing bubble, or after it burst, when home values were lower.
“For people with rank and file jobs in the service sector, it’s a day late and a dollar short to do such loans now when the market is near its peak,” Simmons said.  “The very people who were hurt last time are the people who would now be targets for these loan programs.”
Today’s loans are different, lenders say.

“They must have a FICO score of 680 or above, earn less than the median income for their county, and their debt-to-income ratio must be 45 percent or less,” Quicken Vice President Bill Banfield, said of his company’s 1 percent program.  (FICO is the lending industry standard for rating consumer credit risk.)


Low-down payment loans have similar interest rates as their conventional 20 percent down counterparts, with variations based on your credit score and other factors. Mortgage insurance adds about a quarter of a percent to the interest rate.

A loan officer with Primary Residential Mortgage, Scott DiGregorio is comfortable with the conventional 3-and-a-half percent down mortgages he’s been writing; it’s the no income verification loans that give him pause.
“I saw a stated income product come across my desk with 9.627 percent interest on a seven-year adjustable — an awful loan program,” DiGrigorio said.  “It concerns me that programs that specifically led to the housing crisis are being reintroduced.”
(Stated or no income verification loans don’t require a W-2, pay stubs or other documentation to verify income.)
Even these loans have tightened up since pre-crash days, when people could borrow 25 percent more than the home’s value without documentation. Some require 30 percent down payments and come with interest rates upwards of 8 and 10 percent, intended to be cautionary.
But: “As long as those products are out there, people will buy them,” DiGrigorio said.
On the whole, people who should be getting loans are, and people who shouldn’t, aren’t, Fulton says.
With debt-to-income limits ranging from 30 to 45 percent. those carrying debt such as car payments will have a harder time qualifying for a home loan. (The limits establish how much income you should have left over after meeting your total monthly debts.)
It still rests with the borrower to bite off what he or she can chew. Lenders don’t factor income taxes, health insurance, child care, food or utilities when deciding if you’re capable of carrying the monthly mortgage payment.
You have to do that.
- July 12, 2016 No comments: