When leaving questions or asking for additional information in my "Comments" section here, please leave me your EMAIL ADDRESS or PHONE NUMBER so that I can answer back. You can reach me directly at 239-560-1574 or terencetrombetti@gmail.com. It would be an honor to work for you as your Realtor. Kind regards, Terence J. Trombetti.

If some restaurant spaces are cursed, could others be blessed? At Bridge Plaza in Fort Myers, local chefs are thriving. 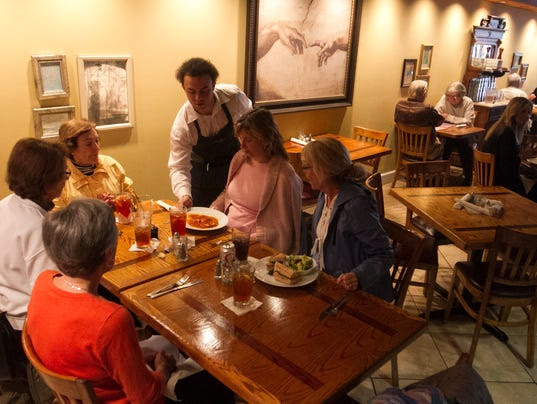 227CONNECTTWEET 2LINKEDINCOMMENTEMAILMORE
Amid clouds of dust and hills of rubble, Amy Abernathy showed off the logo for her forthcoming restaurant.
“It’s The Fish & Vine,” she said, tracing the abstract outline of the fish-meets-wineglass image with her finger.
“I’ve been talking about doing this for three years, and in all that time I never considered opening anywhere but here.”
"Here" is Bridge Plaza, the 73,000-square-foot shopping center near the corner of  and College Parkway in south Fort Myers.
If some restaurant spaces are cursed, then this plaza just might be the  for Lee County chefs.
Home to eight unique food and dining concepts — from Greek fare, to upscale Italian, to a chef-driven diner — Bridge Plaza’s restaurants have more than 70 years of operation under their combined belts.
That’s not counting nearby Lazy Flamingo, open since 2011, which sits on property owned by a different management group. 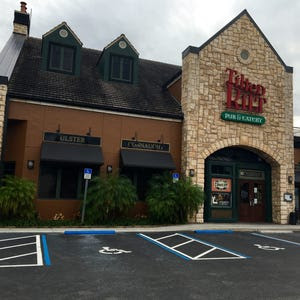 THE NEWS-PRESS
Breaking a curse: Can troubled restaurant spaces be saved?
“That particular plaza has a lot of things going right for it,” said commercial real estate broker , a partner with LandQwest Commercial in Fort Myers.
“It’s the perfect storm of factors.”
Let’s start with parking.
County codes call for 14 parking spots per every 1,000 square feet of restaurant space, according to Cunningham. Such restrictions make it difficult to fit more than one or two restaurants into most strip centers. But Bridge Plaza, which was built in 1978 when land in south Fort Myers wasn't at such a premium, has 345 parking spots, more than enough for current and future tenants.
Then there’s the ease of access, the proximity to wealthy residential neighborhoods, the sheer variety of restaurants, and, of course, the restaurateurs themselves, all of whom seem to welcome and promote the places around them.
“I hand out ’s menus to customers looking for a good breakfast,” said Craig Komatz, owner of Cibo.
“The thing is, the restaurants that are in here are good. They’re all truly good places to dine. We all have different styles, but we’re all great at what we do.” 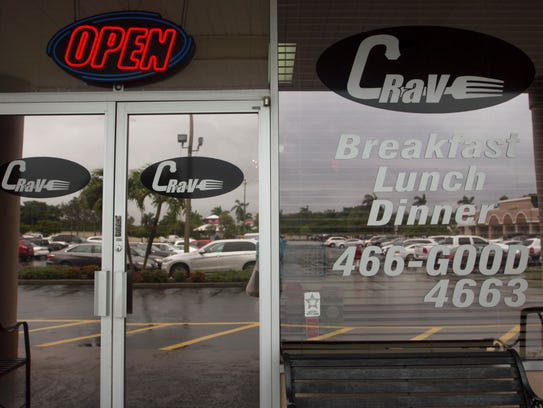 Buy Photo
Crave is one of several successful restaurants in the Bridge Plaza in Fort Myers. (Photo: Amanda Inscore/The News-Press)
Open since 1991, Nomiki’s Plakka is, as Komatz called it, “the granddaddy of us all.” Owner Dimitri Neskes can’t remember a time when Nomiki’s didn’t operate in Bridge Plaza. That's because he was 6 months old when it opened.
“There have always been some good restaurants in here,” Neskes said.“The French bakery, the health-food café, but over the last seven or eight years, since Cibo and Crave and  came along, this place has become a dining destination.” 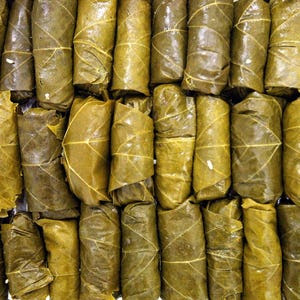 THE NEWS-PRESS
Hot Dish: Dolmathes from Nomiki's Plakka, Fort Myers
That wasn’t exactly the plan.
Mark Aurelia, the plaza’s property manager, said there was never a goal of attracting restaurants to the space. But as one after another succeeded, more and more restaurateurs wanted in.
“It’s a testament to the restaurant owners themselves,” Aurelia said. “They’ve stood the test of time, and with a solid menu and service, people will come.”
Abernathy’s sure hoping so. 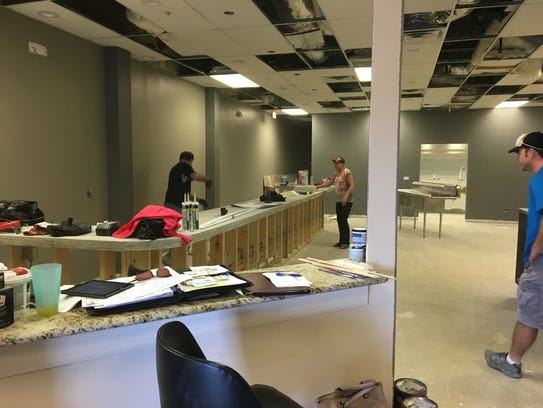 Amy Abernathy, center, and her crew are working to open Fish & Vine at Bridge Plaza in south Fort Myers. (Photo: Annabelle Tometich/The News-Press)
The Fish & Vine is scheduled for a late-February or early-March debut. Chef Kyle Conway, formerly of Barnhill’s Seafood on , will run the kitchen. The 75-seat space will feature a seafood and gourmet wine market up front, with an expansive, full-liquor bar and an upscale, seafood-driven menu.
“We’re going to be all about fresh seafood, small plates to share, boutique wines,” Abernathy said.
When asked if she believes the plaza is lucky or blessed, she didn’t hesitate.
“Absolutely,” she said. “This is the only place I want to be.”
Connect with this reporter: @ATometich (Twitter)
WHERE RESTAURANTS THRIVE
A look at the markets and restaurants that have made Bridge Plaza at 12901 McGregor Blvd., south Fort Myers, a dining destination.
• Nomiki's Plakka
: Greek
Open since: 1991
More: 433-5659 or facebook.com/nomikisplakka
• Cibo
Cuisine: Upscale Italian
Open since: 2004
More: 454-3700 or cibofortmyers.com
• Crave Restaurant
Cuisine: American fare with a chef's touch
Open since: 2007
More: 466-4663 or cravemenu.com
• European Food Market
Style: Polish and Eastern European goods and groceries for sale
Open since: 2007
More: 332-7200
• Pizza Fusion
Cuisine: American-style pizza chain with a healthy variety of toppings and crusts
Open since: 2009
More: 337-7979 or pizzafusion.com
• Caffe Toscano
Cuisine: Family-run Southern Italian with a focus on fine, imported ingredients
Open since: 2013
More: 415-8466 or caffetoscanofl.com
• Crave Market
Cuisine: Sister operation to Crave, offering sandwiches, soups, prepared salads and more
Open since: 2014
More: 466-4663 or cravemenu.com
• The Fish & Vine
Cuisine: Upscale seafood and classic French-Mediterranean fare with a fish market and boutique wines
When: Coming in late February
More: Find it on Facebook
- January 27, 2016 1 comment:

Sales prices have appreciated 83.8% over the last 5 years in Cape Coral

Just now ·
Here is a current Real Estate Market Update for Cape Coral, Fort Myers and Naples as of today Tuesday January 26th, 2016.
I want to thank all of you that have visited the open house(s) I have been holding here at 1715 SE 39TH TERRACE, CAPE CORAL, FL 33904. It has been a pleasure meeting you all and I look forward to helping answer any questions you may have, find the best property that fit's your needs and negotiate the best deal possible to accomplish your Real Estate goals. Feel free to call me any time.
Thank you and kind regards,
Terence Trombetti | REALTOR®
FORECLOSURE | LUXURY HOME | INVESTOR SPECIALIST
Gulf Coast Realty Network, Inc.
4002 Del Prado Blvd S., Cape Coral, FL 33904
Direct: 239-560-1574 Fax: 239-540-1206
Licensed Florida Realtor® Since 2004
terencetrombetti@gmail.com
Search the REALTORS® MLS

0
TOP
Cape Coral-Fort Myers is No. 1.
Out of all metros in the country, it took first place for anticipated job gains in 2016 in the latest study by IHS Global Insight, a Colorado-based research firm.
DOCUMENT: Read the IHS Global Insight study.
The metro also landed in the top spot in the nation for its expected growth rate in economic output this year.
Naples-Marco Island did well too, placing 11th for its anticipated job growth and sixth for its projected increase in economic output, or gross metropolitan product, in 2016.
Gross metropolitan product is the value of all finished goods and services produced. That can include anything from real estate commissions to restaurant sales.
"A lot of the growth we are seeing now is predicated on the post recession bounce back, which is still going strong," said Karl Kuykendall, a regional economist with IHS.
The new report was prepared for the U.S. Conference of Mayors. The annual rankings are based on year-over-year percentage increases.
A year ago, IHS ranked Naples-Marco Island first in the nation for its projected job gains in 2015, but the area's fall out of the top 10 metros this year shouldn't set off any alarms, Kuykendall said.
"Put simply the Naples economy has been coming back in recent years," he said. "Population has come back very strong, housing starts and construction have taken off and people are flocking to the metro area."
In 2015, Naples-Marco Island saw a job growth rate of 3.9 percent and it's expected to see another 3 percent increase this year. In 2015, the metro added 5,100 jobs and IHS predicts it will create another 4,100 this year.
Cape Coral-Fort Myers, a much larger metro area, added 8,600 jobs last year and it's expected to gain about 9,000 this year. It saw a growth rate of 3.7 percent last year and it's expected to see another 3.6 percent increase in jobs this year.
"There is one thing you've got to consider, the smaller the metro is, the easier it is to move the needle," Kuykendall said.
Naples-Marco Island and Cape Coral-Fort Myers have both come a long way since the Great Recession. Their job numbers didn't get back to where they were before the recession until the last quarter of 2014, Kuykendall said.
"They both recovered before Florida did overall, but the U.S. recovered faster, in the second quarter of 2014. It was close though. That's still impressive for Naples and Cape Coral, in the sense that their recessions were so much worse than they were for a lot of metros in the U.S. and they had a lot more area to recover."
Both metros saw job losses in the double-digits during the recession. "Cape Coral-Fort Myers and Naples-Marco Island were among the worst," Kuykendall said.
This year, IHS predicts the Cape Coral metro will see a 4.6 percent increase in its economic output to $26.2 billion, including adjustments for price changes. Naples-Marco Island is expected to see a 4.2 percent gain to $18.1 billion.
Both metros are benefiting from population growth, including retirees making their way to Florida.
In the Naples area, 28 percent of the population is 65 or older. In the Cape Coral area, the older demographic makes up 25 percent of the overall population.
IHS expects Naples-Marco Island to add 10,400 residents this year, bringing its total population to about 371,000. Meanwhile, Cape Coral-Fort Myers is projected to gain another 21,900 residents, for a total of about 727,000.
The tourism and construction industries continue to fuel growth in both counties too.
"One of the differences is that Naples tends to have higher incomes," Kuykendall said. "Maybe that's because they attract wealthier retirees. That's one of the key differences."
- January 22, 2016 1 comment:

Real Estate Data for Cape Coral
Cape Coral market trends indicate an increase of $25,050 (16%) in median home sales over the past year. The average price per square foot for this same period rose to $120, up from $105.

Naples market trends indicate an increase of $15,000 (6%) in median home sales over the past year. The average price per square foot for this same period rose to $170, up from $151.

Fort Myers market trends indicate an increase of $6,000 (3%) in median home sales over the past year. The average price per square foot for this same period rose to $125, up from $112.