Copyright 2015 Journal Media Group. All rights reserved. This material may not be published, broadcast, rewritten, or redistributed.
Despite stock market shocks early in September, Southwest Florida existing single-family homes continued to elevate at double-digit rates from a year ago.
And both Collier and Lee Counties beat the statewide single-family price increase of 11.1 percent, according to a report released Thursday by Florida Realtors.
Collier’s single-family median home prices were up 15.9 percent from a year earlier. In Lee County, they rose at an even faster pace, by 20.9 percent.
- October 23, 2015 No comments: 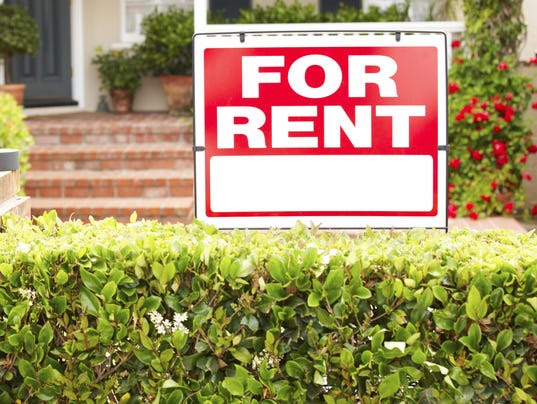 (Photo: File photo, Getty Images/iStockphoto)
755CONNECT 23TWEET 3LINKEDIN 4COMMENTEMAILMORE
The average rent for a single-family home in the area spiked 23.6 percent in the past year, according to data released by RentRange, making it No. 1 in the country.
In a separate report, ALN Apartment News released statistics recently showing that for apartment complexes with 100 units or more, the median rent in this area increased 14.6 percent to $1,099 while occupancy increased 0.6 percent to 96.6 percent.
Ranked third on the RentRange list for single-family homes was Sarasota, up 17.6 percent.
California and Florida dominated the list, with seven of the top 10.
In Cape Coral-Fort Myers, the average single-family rent for the third quarter of 201 was $1,540.27, up from $1,246.50 a year earlier.
Randy Thibaut, owner of Fort Myers-based Land Solutions real estate brokerage, said that “You’re seeing this happening because there was a lot of inventory of homes bought by investors who bought to rehab and later sell. It was further compounded by REIT’s that bought portfolio of homes.”
As a result, he said, “The price of a new home has gone up 30 to 50 percent in the last 24 months and priced a lot of people outside the market. I don’t know when it’s going to stop.”
The RentRange data shows that cities in the South and West generally had the greatest increases in home rental rates, while cities in the Midwest and Northeast experienced smaller increases.
But that doesn’t mean  is a landlord’s paradise - markets in the Midwest and the central U.S. often generated higher yields than many markets in California and Florida.
"While, not surprisingly, California and Florida are experiencing the largest rental rate increases, further analysis reveals that markets in Alabama, Texas, Kansas and Ohio actually produce a much higher average yield," RentRange CEO Walter Charnoff said in a written release Monday.
- October 21, 2015 No comments:

Recently, the sounds of recovery can be heard throughout Cape Coral.
The other evening as we prepared to serve Memorial Day dinner outside on the lanai, we had to be patient as we waited for the noise from the nearby tile saws to stop for the day. We have a model home going in a few lots away from us, and those guys don’t take holidays. In our immediate neighborhood in the Northwest Cape, along with the new model, two other new homes have been built recently, and clearing has started for another.
This building trend in Cape Coral is not limited to any specific area or especially desirable property type such as Gulf-access. In the mostly off-water Southwest neighborhood where my son plays baseball there are multiple new homes going up on dry lots. It seems that almost everywhere you go in the Cape, building is on the rise again.
In the first four months of 2015, a total of 301 permits were issued for new residential construction, representing a 67% increase over the 180 new residential construction permits issued in the same time period of 2014.

Data Source: http://www.capecoral.net/department/clerk/building_permits_and_contracto...
There are a number of factors fueling this new construction. First, our population is on the rise. US Census data for the period from July 2013 – July 2014 (the most recent data available) indicates that the Cape Coral-Fort Myers, FL Metropolitan Area is the sixth fastest growing metropolitan area in the country with a population increase of 2.7%. (In comparison, the No. 1 fastest growing metro area is The Villages, Florida with an increase of 5.4%.)
That population growth should only be reinforced by expected strong job growth in the Cape. In December 2014, Forbes.com reported that the Milwaukee-based staffing giant ManpowerGroup ranked the Cape Coral-Fort Myers Metropolitan Area at No. 1 in its Employment Outlook Survey. Where The Jobs Will (And Won't) Be In 2015 (www.forbes.com/sites/susanadams/2014/12/09/where-the-jobs-will-and-wont-be-in-2015/)
Another factor fueling new home construction is the relatively low inventory of resale homes in the market. Last month in this column, we discussed the decrease we are seeing in the inventory of distressed properties available. There is also a low inventory of standard resale housing listings in our market. To compare, in the first quarter of this year, there was an average of 2,620 single-family homes on the market while in the first quarter of 2014, that number was 2,912, and back in 2007 it was substantially higher at an average of 4,748 single-family homes for sale for the first three months of that year.
What does all this mean if you’re looking to buy or sell a home in Cape Coral?
Well, if you’re a buyer who wants a brand new home, you’re in luck. As of the moment I am writing this, there are currently 106 listings for new 2015 single-family homes in Cape Coral ranging in price from $153,990 to $999,000.  Also, if you’re looking to buy any home (resale or new construction), we’re telling our clients that if they see a home they really like that is well-priced, don’t wait because with our low inventory it may not be there next week.
And if you have been thinking of selling your home and can price it right, now may be the time to consider putting it on the market since again the inventory is relatively low. Although home values may not yet have recovered to the high of the years when money was easy to come by, and sales were booming, many homeowners are finding that prices have recovered to the point where they again have equity in their homes. The builders are counting on a continuing strong real estate market here, and we feel this confidence bodes well for existing home sales too.
By Judith Wherett on Wed, 05/27/2015
- October 15, 2015 No comments: