(Photo: TIM SHORTT/FLORIDA TODAY)
141CONNECTTWEET 11LINKEDIN 3COMMENTEMAILMORE
The Space Coast housing recovery looks like it’saccelerating.
The latest evidence: newly released data from Brevard County Property Appraiser Dana Blickley, showing an increase of more than 8 percent in the taxable value of property in the county, compared with year-earlier figures.
“I was pleasantly surprised by that number,” Blickley said. “I see what is appearing to be a normal, positively responding real estate market.”
This is the second straight year of property value gains, following five years in a row of declines after an overheated real estate market tumbled.
The current estimated taxable value of properties in Brevard is $27.9 billion. That’s up from the $24.6 billion low two years ago and up from $25.7 billion last year.But it remains far below the peak of $40.7 billion in 2007.
Blickley said the gains in the taxable value of properties in the last year were not consistent across the county. She said the Suntree/Viera area and the beaches have shown the strongest gains.
Also helping boost the increase was the addition to the tax rolls of about $1.1 billion in commercial and residential property in the last year. By far the biggest single addition was the new Florida Power & Light Co. power plant off U.S. 1 in Port St. John, which added more than $750 million to the tax rolls, Blickley said.
Mitch Riback, president of the Space Coast Association of Realtors, said the data from the property appraiser correspond with what he is seeing in the Brevard real estate market.
Riback, quickly noted however, that there are key differences between “appraised value” and “market value.”
The market value is simply what the majority of potential buyers looking at a home would be willing to pay for it.
The appraised value for taxing purposes is lower than the market value because it deducts such things as the cost of selling a home. Florida law also limits how much the appraised value of property can increase each year. Certain exemptions, such as the homestead exemption, lower the taxable value of properties below their appraised value.
Latest-available figures show that, in Brevard County, the median selling price for a home — the point at which half the homes sell for less, half for more — was$132,000 in March, according to Florida Realtors, an industry organization. That’s up more than 10 percent from the previous year’s median figure of $119,900.
Those differences between market and appraised value notwithstanding, Riback said the appraiser’s estimates are good news, particularly for such markets as Palm Bay.
“I used to tell some of my friends up north they could come to Palm Bay and get a nice deal on a house for $60,000 to $70,000,” Riback said of the market conditions two years ago. “Now, those properties are more like $120,000.”
At one point several years ago, Blickley said, as many as 80 percent of residential property transactions involved foreclosures or short sales. That figure now is down to about 30 percent.
Property owners who aren’t buying or selling will be affected as well. For many people, their home is their biggest asset, so, as the value of their home rises, so does their overall financial worth.
A higher taxable value doesn’t necessarily mean a higher tax bill next year. That also will depend on the tax rates set by local governments, such as the county, school board and cities.
Blickley said taxing authorities have several options:
• They can adopt the same property tax rate currently in effect. Under current conditions, that would, in many cases, raise a property owner’s tax bill because of rising property values, thus allowing the taxing body to collect more taxes to pay for services.
• They can roll back the tax rate to a point at which they would collect the same amount of property taxes, because of the rising property values.
• They can set the property tax rate somewhere in between, so the rate is lower, but property tax money collected is higher.
• They can raise the property tax rate above the current level, which will allow them to collect even more revenue, both from the higher tax rate and from rising property values. Because of political pressures to keep taxes in check, that scenario is unlikely.
Contact Berman at 321-242-3649 or dberman@floridatoday.com. Follow him on Twitter at @ByDaveBerman
TAXABLE VALUE GAINS
There was an overall 8.24 percent gain in the estimated taxable value of property in Brevard County, as it relates to the county’s general fund, raising the estimated taxable value to $27.86 billion. The biggest increases were in unincorporated Brevard. But all 16 Brevard cities and towns also showed gains. Here are the figures for individual municipalities, their estimated 2014 taxable value, and percent gains from 2013 taxable value:
Source: Brevard County Property Appraiser Dana Blickley
- May 20, 2014 No comments:

PR Newswire
ORLANDO, Fla., May 12, 2014 /PRNewswire/ -- Florida's housing market reported higher median prices, more new listings, fewer days on the market and a slight uptick in inventory during the first quarter of 2014, according to the latest housing data released by Florida Realtors®. Closed sales of single-family homes statewide totaled 50,251 in 1Q 2014, up 2.3 percent over the 1Q 2013 figure. 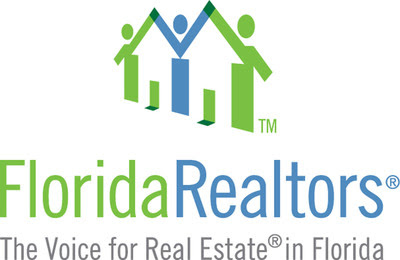 "The first three months of 2014 show a strong housing market in Florida, with diminishing distressed property sales," said 2014 Florida Realtors® President Sherri Meadows, CEO and team leader, Keller Williams, with market centers in Gainesville, Ocala and The Villages. "More jobs are being created, putting more Florida residents back to work, and our population continues to increase. All of these factors are bolstering the state's economy and providing a solid foundation for a strong housing market.
"Statewide, new listings for single-family homes over the three-month-period rose 12 percent year-over-year, while new townhouse-condo listings rose 8.2 percent. Home sellers, whether in the single-family home market or the townhouse-condo market, received more than 92 percent, on average, of their original listing price during the first quarter of this year."
The statewide median sales price for single-family existing homes in 1Q 2014 was $168,000, up 9.1 percent from the same time a year ago, according to data from Florida Realtors Industry Data and Analysis department in partnership with local Realtor boards/associations. The statewide median price for townhouse-condo properties during the quarter was $135,000, up 16.9 percent over the year-ago figure. The median is the midpoint; half the homes sold for more, half for less.
Looking at Florida's townhome-condo market, statewide closed sales totaled 24,860 during 1Q 2014, down 0.8 percent compared to 1Q 2013. The closed sales data reflected fewer short sales last month: Short sales for condo-townhome properties declined 55.8 percent while short sales for single-family homes dropped 52 percent. Closed sales typically occur 30 to 90 days after sales contracts are written.
"The first quarter statistics reflect the fact that Florida, in part a derivative market, has felt the sting of the northern winter," said Florida Realtors Chief Economist Dr. John Tuccillo. "Yet, the market is showing some positive movement. Sales are up, particularly for non-distressed properties. Other data indicate that this is a market that is settling down and returning to more stabilized conditions."
In 1Q 2014, the median days on market (the midpoint of the number of days it took for a property to sell during that time) was 58 days for single-family homes and 56 days for townhouse-condo properties.
Inventory was at a 5.7-months' supply in the first quarter for single-family homes and at a 6-months' supply for townhouse-condo properties, according to Florida Realtors.
According to Freddie Mac, the interest rate for a 30-year fixed-rate mortgage averaged 4.36 percent for 1Q 2014, up from the 3.50 percent average recorded during the same quarter a year earlier.
To see the full statewide housing activity reports, go to Florida Realtors Media Center at http://media.floridarealtors.org/ and look under Latest Releases, or download the 1Q 2014 data report PDFs under Market Data at: http://media.floridarealtors.org/market-data
Florida Realtors®, formerly known as the Florida Association of Realtors®, serves as the voice for real estate in Florida. It provides programs, services, continuing education, research and legislative representation to its 127,000 members in 61 boards/associations. Florida Realtors® Media Center website is available at http://media.floridarealtors.org.