Published on:
Tuesday, April 29, 2014
Written by:
Property Wire
Median sale prices again increased for both single family homes and condominiums in March in Miami, one of the US’s most dynamic housing markets that continues to attract investors and overseas buyers.

‘We continue to experience strong demand for Miami properties in 2014. While additional inventory is creating a more balanced market, strong sales continue to drive growth, as Miami remains a focal point for buyers and investors worldwide,’ said Liza Mendez, chair of the board of the MAR.

Miami real estate continues to sell at a rapid pace and nearly at asking price, which the association says indicates that properties are being priced right, while buyers realize the need to be competitive in the current market.

The median number of days on the market for condominiums sold in March was 59 days, an increase of 22.9% compared to the same period in 2013. The average sales price was 94.2% of the asking price, a decrease of 2.5%.

Active listings at the end of March increased 29.1% and inventory of single family homes increased 22.5% while condominium inventory increased 33.3%.

‘A significant decrease in distressed properties is another indication of the health of the Miami real estate market. Rising home values and an improving economy are resulting in fewer short sales and foreclosures,’ said MAR residential president Francisco Angulo.

‘Similarly, increased property equity and consumer confidence are yielding more new listings and inventory, which allows for a more balanced market between buyers and sellers,’ he added.

Some 60.5% of total closed sales in March were all cash transactions, compared to 63.7% a year ago. Cash sales in Miami are still significantly higher than the national average of 33%.

Since nearly 90% of foreign buyers in Florida purchase properties all cash, this continues to reflect the much stronger presence of international buyers in the Miami real estate market.
- April 30, 2014 No comments:

Home builders across Southwest Florida picked up the pace in the first quarter of this year, pulling more permits than at any time since the market crashed seven years ago.
The increase in residential construction stems primarily from seasonal residents and tourists, who typically boost regional housing market figures from Thanksgiving to Easter.
After being decimated by the Great Recession, home building in the area has roared back to its healthiest levels in nearly a decade, adding jobs to one of Southwest Florida's largest employment sectors and generating revenue for a series of related businesses.
"People are feeling better about the economy and expectations are higher, which is very important for the Sarasota area, where many of these are second or seasonal homes," said Gary Jackson, an economist at Florida Gulf Coast University. "As the overall housing market improves, with rising prices and fewer distressed sales, you can now build houses at reasonably competitive prices again."
Builders in unincorporated Sarasota and Manatee counties pulled 756 single-family home permits from January through March, a 5 percent increase from the previous quarter and a 13 percent jump from those same three months in 2013, according to county data.
Building permits measure homes expected to begin construction within 30 to 90 days. They are considered the most accurate gauge of future activity.
Based on the first three months of the year, permit activity is on pace to surpass 2013, which was the best year for home construction in Southwest Florida since the recession took hold in late 2007.
The quarter was capped off by a robust March, which is typically one of the busiest months for Southwest Florida's housing industry.
Builders in Sarasota County pulled 141 single-family permits last month, an 81 percent increase from February and a 76 percent rise from a year ago. It was also the community's best single-month performance since the onset of the downturn.
In Manatee County, the 177 permits pulled in March were 23 percent more than the previous month and 19 percent higher than in March 2013, records show.
Jobs added, too
The sector's sustained recovery, which began in 2012, has added jobs to an industry that dumped about 60 percent of its labor force when the recession struck.
During the past year, the construction industry has added 39,200 new jobs across Florida, including 1,000 new positions in Sarasota and Manatee counties, a 6.3 percent gain, according to the Labor Department.
The uptick also has benefited housing-related businesses, like furniture retailers and home-improvement stores. Lawyers, title agencies and engineering firms also are seeing more work as the industry's recovery takes hold.
Although peak season typically concludes in late April, those in the industry predict that home building will continue strongly through the remainder of the year, despite rising material and land costs.
"The builder confidence for our area is extremely high -- higher than it has ever been," said Alan Anderson, executive vice president for the Manatee Sarasota Building Industry Association.
"When you look at the entire housing market, there's still some pockets with some issues," Anderson said, "but we have definitely turned the corner. I think you will continue to see our market grow at this clip."
Nationwide, the pace of new construction was mixed.
New homes in March reached a seasonally adjusted annual rate of 990,000, based on permits. That was a 2.4 percent dip from a revised February figure, but 11.2 percent above a March 2013 estimate, according to data released Wednesday by the U.S. Census Bureau.
U.S. builders broke ground in March on homes at a seasonally adjusted annual rate of 946,000, 2.8 percent above the previous month -- though new home starts declined 5.9 percent over the year.
Economists attribute the national decline to northern snowstorms that have shut down construction sites and kept buyers home bound and unable to view models or listings.
"Shaking off the winter blues, consumers seem to be moving ahead with the purchase of new homes with more confidence," said Brad Hunter, chief economist for research firm Metro-study. "Demand is improving, particularly in the move-up segment of the market, but mortgage financing is still an issue."
- April 28, 2014 No comments: 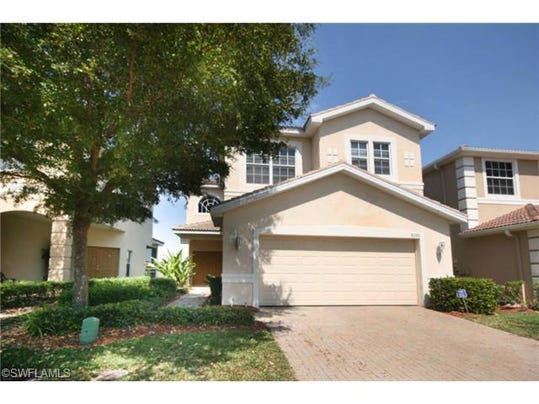 (Photo: Special to news-press.com)
It's the sweet spot for single-family-home sales in
Southwest Florida: $250,000.
Unless, that is, you want to live south of San Carlos Park, in which case you can forget about it.
"You really can't find single-family there under $300,000 now," said David Cobb, regional director in the Naples-Fort Myers area for housing data provider Metrostudy, which tracks pricing and new-home construction in subdivisions.
But throughout most of Lee County, it's a price point that offers a decent variety of homes — although what you get for the money varies considerably by what part of town you choose.
Cape Coral is the top of the line for that price range, said Steve Koffman of Koffman & Associates, a broker/associate at #1 Century 21 Team in FL.
"They could get one of 56 homes between $200,000 and $250,000 with Gulf access," he said.
Those tend to be older houses with two or three bedrooms and 1,300 to 1,800 square feet, and "you don't get too many with pools," Koffman said.
If you can live without the Gulf access, the choices are more plentiful, he said: 143 pool homes are available in that price range.
Denny Grimes, of Denny Grimes & Co. and Royal Shell Real Estate, said homes for sale in the $200,000-$250,000 range have a median time of 30 days listed, compared to 70 to 90 days for the home market as a whole.
He attributed that to demographics: The median price of a home nationally is $200,000, so that's close to the amount a typical family would spend when relocating here from up North.
Besides, Grimes said, "If you're going to come down to Southwest Florida, where else are you going to go? You're not going to Collier County for $250,000."
There are limits to what you can get for $250,000. In Fort Myers, for example, 12 pool homes built in 2002 or later are listed for sale in that range, Koffman said.
As far south as the Daniels Parkway corridor, "The typical master-planned community with a smaller amenities package is $120, $135 per square foot," Cobb said, so a 2,000-square-foot home would be available for $250,000.
Grimes said he expects the middle-range homes in Lee County will continue to appreciate as demand keeps inventories low and builders of new homes run into buyer resistance to future price increases.
For a prospective seller of a $250,000 house, he said, "Every morning when he wakes up his house is worth a little more. The market is marching to him."
- April 24, 2014 No comments: 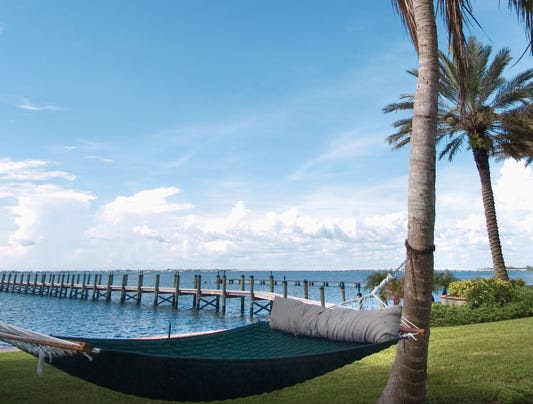