Real estate agents aren't the only ones cashing in on the housing renaissance.
Home inspectors, mortgage brokers, moving companies and other related businesses also are watching their bottom lines grow again after six years in a deep slumber.
"It's been very busy," said Scott Dooley, a Fort Lauderdale appraiser. "There aren't enough hours in the day."
Roughly 30 percent of South Florida's economy tanked because of the real estate downturn that started in 2006, Weston lawyer Roy Oppenheim said.
During the housing boom of 2000 to 2005, speculators drove up prices, forcing some buyers to take out adjustable-rate mortgages and other risky loans for homes they couldn't afford. Prices plummeted and a wave of foreclosures followed, leading to an epic collapse.
Oppenheim's title company, Weston Title & Escrow, lost 80 percent of its business during the bust. While he avoided layoffs, employees had to take furloughs and pay cuts to keep the family-owned firm afloat, he said.
Now business is booming again, although revenues are still down because home values are nowhere near the record levels of 2005, he said. Oppenheim also has noticed an uptick in his real estate law practice, with more construction leading to more liens and building disputes.
"People are calling me now that I haven't talked to in six or seven years. They're back in business," he said. "The last eight months have been good ones for people in real estate."
Although investors paying cash still represent a large part of the housing market, Supreme Lending in Palm Beach and Broward counties has tripled its business since October, Supreme regional manager Jim Flood said.
"People think, 'Why wouldn't I take a loan when it's so economical to do so?'" Flood said.
A Buyer's Choice Home Inspections has seen revenue jump by 15 percent, founder Bill Redfern said. The company, which moved from Canada to Pompano Beach in 2011, had been cool on the U.S. housing market until last year.
It wants to expand from 30 offices to more than 100 nationwide by 2015. The company has signed 20 franchises in Florida and expects to add 10 to 12 more this year, Redfern said.
"We're seeing a rebound in the real estate sector, and our growth is significant because of it," he said.
Jennifer Collins, co-owner of Titan Moving & Storage in Pompano, said skyrocketing home sales over the past year have increased demand for her company's services — sometimes forcing her to turn down business.
Most analysts say the region's housing market hit bottom in 2012, with buyers eager to capitalize on low mortgage rates and affordable prices.
The market is expected to remain strong into next year as prices keep rising due to a shortage of available homes. While values aren't expected to decline, they will level off, observers say.
Titan has one moving truck it recently paid off. Collins would like to buy another, but she remains hesitant to put too much faith in the recovery after such a prolonged and devastating slump.
"I think I'll just wait and see what happens," she said.
- April 28, 2013 No comments:

Zillow’s report reflects the values of all homes in an area, not just those that sold in a given month.

Values have steadily increased across the region over the past year following a prolonged housing bust. But the Seattle-based website forecasts price gains here to slow to 5 percent through early 2014.

“But pockets of very rapid appreciation will remain, a troubling sign of volatility and a potential future headache as affordability is compromised and homes begin to look much more expensive to average buyers,” Humphries said in a statement.

Declining inventory has been a source of frustration for many South Florida buyers. “We’d like to see the supply increase because the demand is there,” said Summer Greene, a general manager for Better Homes & Gardens in Fort Lauderdale.
Local markets with some of the largest jumps in home values: Fort Lauderdale (17 percent), Coral Springs (13 percent) and Boca Raton (12 percent), according to Zillow.
Among the 30 biggest metro areas tracked by Zillow, Phoenix had the highest annual increase at 24 percent.
On Monday, the Greater Fort Lauderdale Realtors said Broward County’s median price for existing homes sold in March was $242,500, a 26 percent increase from a year earlier. In Palm Beach County, the median was $249,894, up 28 percent from a year earlier, according to the Realtors Association of the Palm Beaches.
- April 25, 2013 No comments:

Improving Housing Market Brings New Employment Opportunities in the US

Subscribe to our RSS feed to get the latest realty news. You can get our headlines via emailas well, or follow us on Twitter.
The improving housing market in the US is bringing more employment opportunities, and Waterfront Properties and Club Communities have brought more than one dozen agents on board to manage the increase in South Florida real estate transactions. According to a recent report by Bloomberg.com this improvement could lead to more than half a million jobs being created this year, and as many as 700,000 jobs next year. 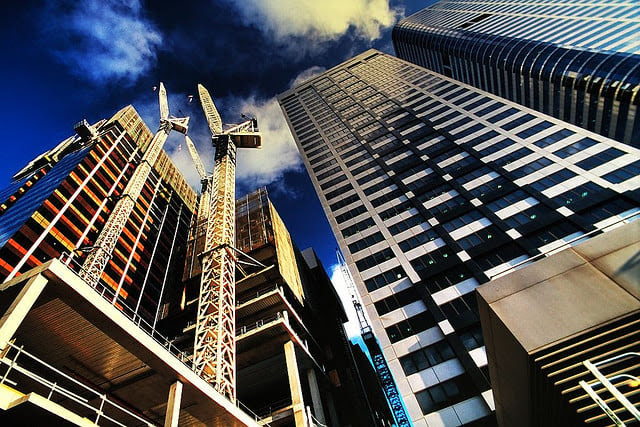 photo credit: mugley via photopin cc
Waterfront Properties and Club Communities in Palm Beach County is a definitely part of that trend. Since the end of last year the Jupiter-based real estate brokerage has hired 13 new agents, and each show signs of success in selling homes in Jupiter, Juno Beach and Palm Beach Gardens, as well as in other areas of the county.
The employment opportunities aren’t just limited to buying and selling, but also include numerous other elements related to housing such as underwriting, inspecting, installing, finishing, and paving and landscaping as well as a whole host of other services. According to Glenn Hubbard, President George W. Bush’s chairman of the White House Council of Economic Advisers, the housing industry is so strong right now it’s well on its way to helping to support the US economy. This is something the National Association of Home Builders agrees with, and a recent study found that at least three employment opportunities are generated every time a single-family home is constructed.
Brett Hunter is chief economist for Metrostudy in Palm Beach Gardens and anticipates that housing starts on single-family homes will spike to 632,000 this year, an 18% increase. Next year that figure is expected to approach 800,000. In addition the US Labor Department recently reported that the number of jobs being added in the construction industry is outpacing the overall market. The Federal Reserve is currently holding down interest rates by investing in mortgage-backed securities and treasury bonds which all points to a further strengthening of the housing market.
Waterfront Properties and its team of sales specialists are at the forefront of housing activity along the Gold and Treasure coasts. Property prices are increasing, and both buyers and sellers are becoming more active. At the moment there are a number of great deals to be had on sales of homes in luxury gated communities such as Mirasol, and on waterfront property in North Palm Beach.
- April 15, 2013 No comments:

Hey aspiring snowbirds: The Florida housing market could be rebounding

Florida is known for its amusement parks, but no white-knuckle ride has been quite like the last real estate cycle. From 2004 to 2007, Florida experienced one of the biggest property booms in America. Lax lending policies coupled with borrower greed led to massive growth in a relatively short period of time. Despite the meteoric rise in prices, many believed the market couldn’t fall. But when the U.S. market imploded, Florida was one of the first states to crash. And, like the rest of the country, many watched helplessly as prices and demand plunged.

MORE RELATED TO THIS STORY 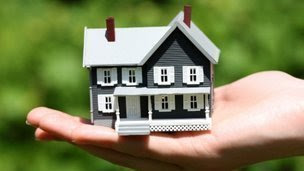 Frenzy Over Raspberry Ketone's
See why top doctors are raving about raspberry ketones for weight loss
Read more...
Mom Makes $77/hr Online Exposed
Fort Myers: Is it a scam? We investigated & found out how she does it!
JobsCareerOnline.com
Solar America Stocks Available Now
New Solar Technology. Earn Huge Gains with Alternative Energy Stocks.
Invest Today!
Single-family-home permits in Lee County jumped to their highest level in five years, according to statistics released Monday.
Meanwhile, the number of foreclosure lawsuits filed in the county was 562, up from 422 in February but down from 794 in March 2012, a report by the Southwest  Investors Association states.
There were 221 permits issued for the month: 79 in Lee County; 61 in Fort Myers; 50 in Bonita Springs; 30 in Cape Coral and one in Sanibel. Fort Myers Beach numbers weren’t available Monday.
That was more than the 205 issued in February and the 218 in June 2012, last year’s high point.
“March was our best month since September 2005,” said Tim Rose, Fort Myers-based president of Arthur Rutenberg Homes. “That represented three contracts for about $2.6 million.”
After the bottom fell out of prices in early 2006, the number of homes being built fell sharply from the peak in 2005, when an average of 1,585 houses a month were built. At the recession’s bottom in 2009, only 68 permits per month were issued, according to statistics compiled by the Regional Economic Research Institute at FGCU.
Rose attributed the good March performance to an increasing number of decisions being made by baby boomers to build retirement houses.
“For the past five years they’ve put their plans on hold just to see what happens,” he said. “They’re either tired of keeping their lives on hold, or they’re feeling a little more confident” as the economy and the stock market perk up.
Also, Rose said, despite the rising cost of construction materials, new construction is able for the first time in years to compete with resales of existing homes. “We’re finally in parity with the houses that are out there. It’s no longer that the existing homes are beating us to death.”
Jeff Tumbarello, director of the real estate association, said that although  were up from February that doesn’t mean the trend is headed in that direction.
For the past 18 months the monthly foreclosure number has been fluctuating but with no clear pattern up or down, he said.
There’s little likelihood of a return to the wave of foreclosures that peaked in October 2008 at 2,665, Tumbarello said, because “There’s not an infinite number of bad mortgages” and most recent purchases have been for cash.
Also, he noted, banks have become more adept at working out short sales, in which the bank avoids having to file a foreclosure by agreeing to let a house be sold at present market value even if that’s less than the mortgage balance.
- April 02, 2013 No comments: