When leaving questions or asking for additional information in my "Comments" section here, please leave me your EMAIL ADDRESS or PHONE NUMBER so that I can answer back. You can reach me directly at 239-560-1574 or terencetrombetti@gmail.com. It would be an honor to work for you as your Realtor. Kind regards, Terence J. Trombetti.

9 Reasons Why You Should Move To Cape Coral, FL 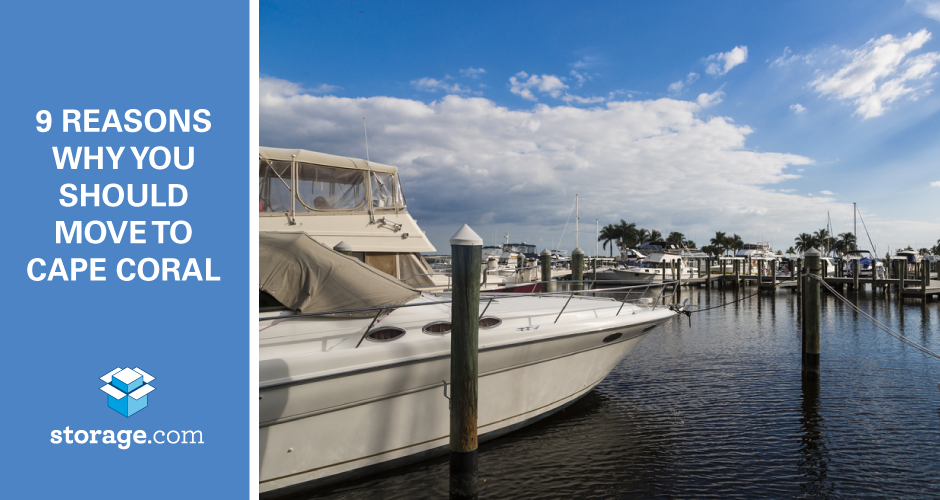 By Stephanie Hyland, Storage.com
Though it’s not as big as Tampa or Miami, the city of Cape Coral, Fla., is a great place for anyone looking for a change of scenery, new employment opportunities, a sunny college experience, or more adventurous outdoor activities. Below, we’ve compiled a list of nine reasons why you should move to Cape Coral.
1. EXPERIENCE THE WATERFRONT WONDERLAND. 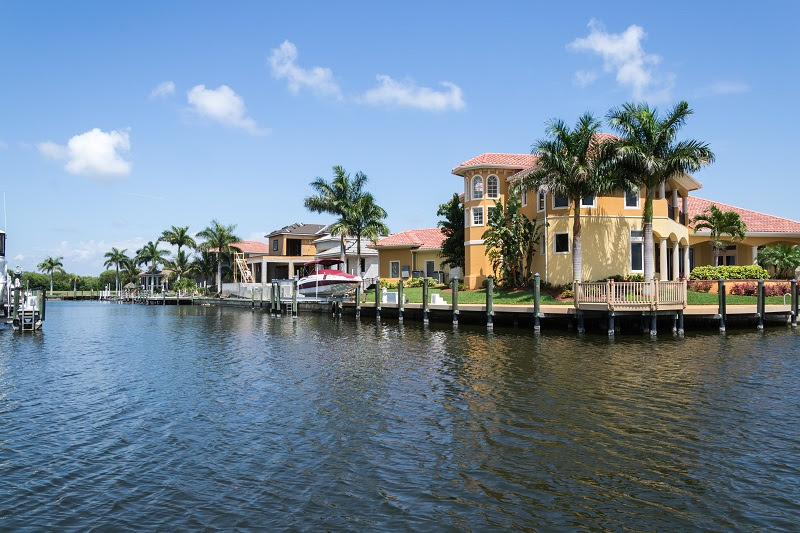 Photo by dconvertini
Imagine walking out into your backyard and seeing water. That’s what Cape Coral is like. Surrounded by the Matlacha Pass and the Caloosahatchee River, Cape Coral has more than 400 miles of canals, which is where it gets its nickname, “Waterfront Wonderland.” In fact, Cape Coral has more canals than Venice, Italy.
Own a boat in Cape Coral? Learn more about boat storage options in the area!
2. A GROWING JOB MARKET. 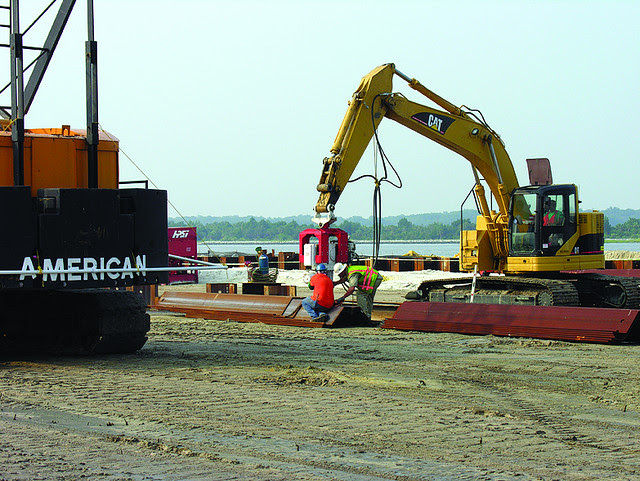 Photo by JAXPORT
According to a recent Forbes report, Cape Coral has a 32% net employment outlook for 2015 (It was at 23% last year). Overall, Cape Coral’s job market has seen positive growth. The unemployment rate, for example, decreased to 5.5% locally in November 2014, which is a significant drop from the 11.3% rate in 2010. As for the workforce, some of the most popular jobs include health care, construction, and education, which is mainly due to the growing population of retirees and working-class families.
3. FLORIDA GULF COAST UNIVERSITY. 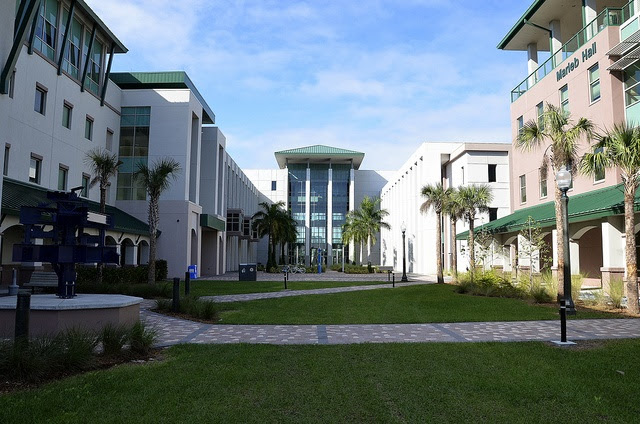 Photo by Brett Levin
The 800-acre campus of Florida Gulf Coast University located in Fort Myers, Fla. (the metro partner of Cape Coral), offers 51 undergraduate degree programs, 28 graduate degree programs, two doctoral degree programs, and one specialist program. It’s also home to 20 fraternities and sororities, 26 sport clubs, and 180 student organizations. For students looking for a great college in a warm city, FGCU is worth it!
4. A HOME FOR NATURE ENTHUSIASTS. 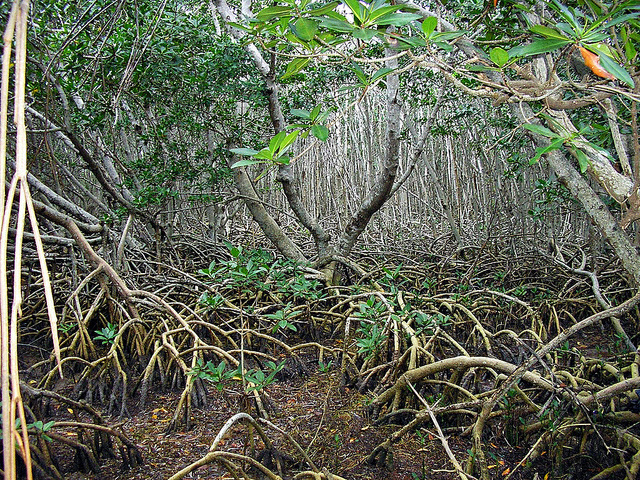 Photo by U.S. Fish and Wildlife Service Headquarters
Nature enthusiasts will love the Four Mile Cove Ecological Preserve in Cape Coral. It’s 365 acres and the second largest preservation in Cape Coral. Visitors can enjoy the walking trail through Mangrove Forest while observing eagles, herons, snakes, and other animals. Adults who are feeling extra adventurous can even enjoy the preserve from a kayak. For more activities, check out the Rotary Park Environment Center.
5. TOUR DE CAPE. 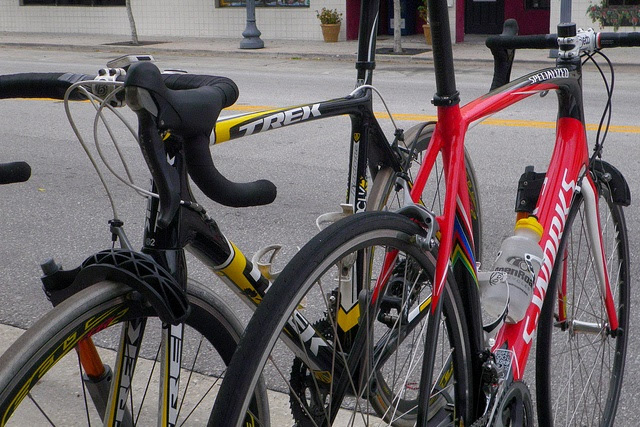 Photo by Daniel Oines
Enjoy running and/or biking? Cape Coral will fulfill your needs there, as it’s home to the Tour de Cape. This annual event includes a 5K run/walk, a kids 5K, and bike tours with 15, 30, 60, and 100 mile-long routes.
6. HIT THE TRACK AND GRIND THE RAILS. 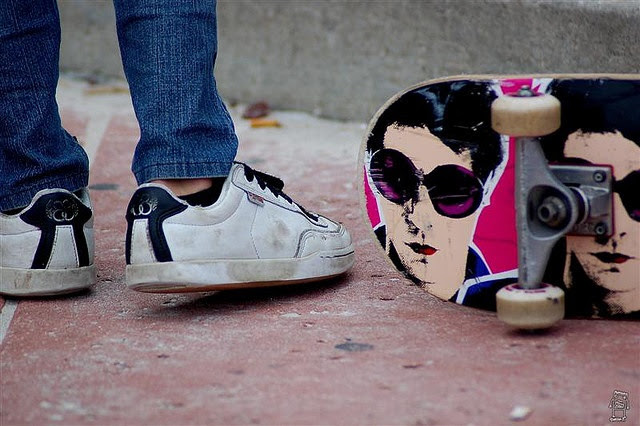 Photo by Rob
BMX racers and skateboarders will love Cape Coral BMX Park and Eagle Skate Park. The BMX track was originally built in the late 1970s as part of the Bicycle Motocross Association. Today, it’s considered to be one of the oldest tracks in the U.S. As for Eagle Skate Park, skateboarders who are six and older can grind rails and practice tricks off of ramps. There’s also an after-school skateboarding program for kids!
7. TIME TO STOCK UP ON SUNSCREEN. 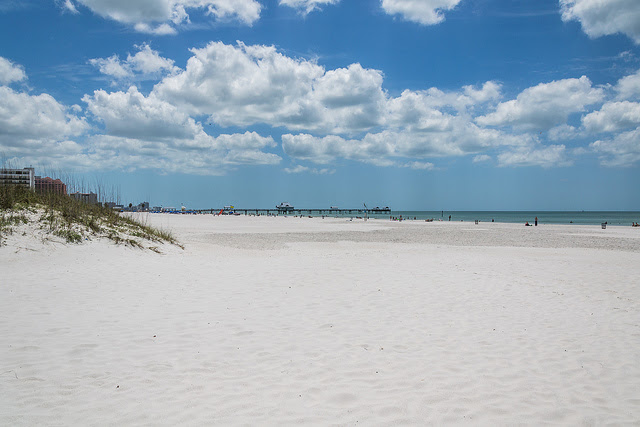 Photo by dconvertini
The state of Florida has plenty of beaches for residents to enjoy. The main beach in Cape Coral is located within Yacht Club Community Park. The newest beach is located at Four Freedoms Park. Both beaches not only offer the typical scenic beach experience, but they also have playground equipment, grills, and picnic tables. Fun fact: The Yacht Club was built in 1958 and is one of the original landmarks of Cape Coral.
8. HANG WITH THE MANATEES. 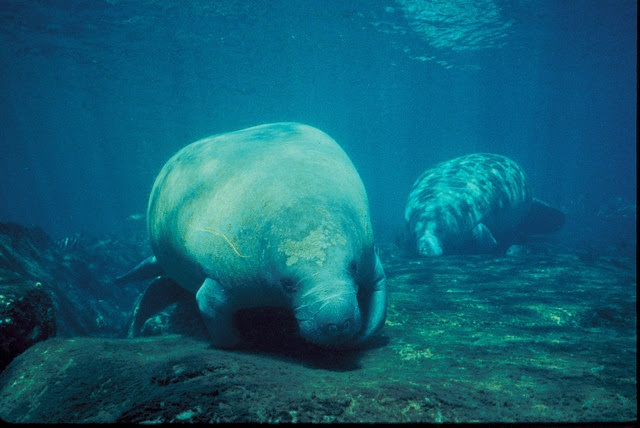 Photo by U.S. Fish and Wildlife Service Southeast Region
Get close to manatees and other wildlife with Manatee Guides’s Nature Kayak Tours in Fort Myers! The guided kayak tour points out the manatees’s natural habitat and talks about the species’s ecological struggles. Also, it received the Certificate of Excellence from TripAdvisor in 2012, 2013, and 2014.
9. VISIT MICKEY MOUSE ANY TIME. 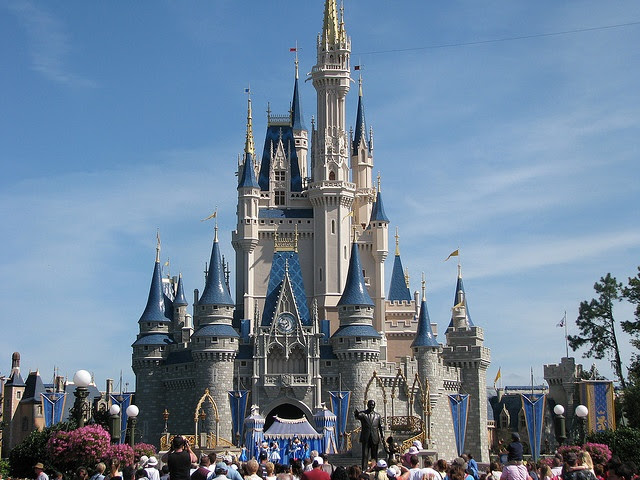 Photo by Chris Harrison
One of the notable attractions in Florida is the Walt Disney World Resort in Orlando, Fla. And guess what? Cape Coral is approximately three hours away! When you live in Cape Coral, it’s easy to grab the family, jump in the car, and head out on a weekend vacation to the iconic theme park where “Dreams Come True.”
What’s your favorite thing about Cape Coral? What did we miss? Comment below to let us know!
- November 16, 2015