Naples real estate so hot it's about to sizzle


Naples real estate so hot it's about to sizzle 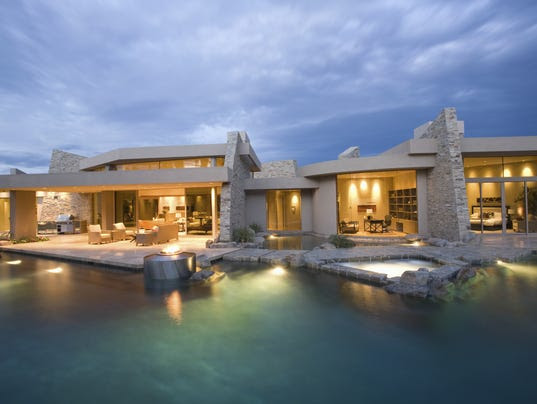 (Photo: IPGGutenbergUKLtd, Getty Images/iStockphoto)
Housing indicators in Naples, Florida and nationally look good for the most part as does the overall economy, according to experts.
Those findings were some of the insights shared Tuesday afternoon by a trio of speakers at the 2015 Annual Naples Area Board of Realtors Economic Summit held at the Naples Grande Beach Resort.
The event is NABOR's annual look at the state of the local housing market and what global, state and regional influences are shaping it. More than 400 turned out Tuesday to hear about the recent upswing in the local real estate market and where it's headed in 2015 and beyond based on trends and larger market forces.
In Naples, home prices are going up and stabilizing nearly across the board and in some cases have surpassed peak 2005 levels, said Cindy Carroll, vice president and manager of the residential division of Naples-based Carroll and Carroll Real Estate Appraisers and Consultants.
A lot of that increase in value has to do with where a property is located.
"Neighborhoods broken down by ZIP codes seem to make a lot more sense than when it's broken down by price range," she said. "It's about location, not price range, it's how close you are to the beach, which drives your value." 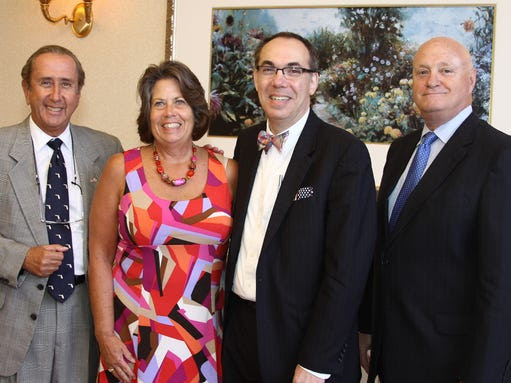 Speakers at the 2015 NABOR Economic Summit at the Naples Grande Beach Resort. From left: moderator Jeff Lytle; speakers Cindy S. Carroll, Elliot Eisenberg, John Tuccillo. (Photo: Special to The News-Press)
Condos haven't seen as large a jump in price as single- family homes, but there are a number of reasons for that, Carroll said.
"I think there have been financing challenges in the condo market including foreclosures and unpaid fees and that may have kept that condo market depressed over the past 12-24 months," she said. "As we see home prices stabilize, the condo market will start to grow."
Statewide, the housing market has rebounded nicely from recession lows and economic indicators, which are tied closely to the real estate market, look positive, particularly for the wealthy, said John Tuccillo, the chief economist at Florida Realtors and the former chief economist at the National Association of Realtors.
"There is a very close correlation, between million-dollar-plus home sales in Florida and the Dow (Dow Jones Industrial Average), so it's kind of an indicator or where home sales are going to do."
In addition, transportation and infrastructure investments in Southwest Florida could help spur economic development, leading to a stronger local economy and higher home sale prices, Tuccillo said.
Nationally, the overall economic indicators look good, but the housing market has a few weak spots, said Elliot Eisenberg, a nationally acclaimed economist and former senior economist with the National Association of Home Builders.
Wage stagnation, the unavailability of credit for subprime borrowers and a lack of lower-income housing are depressing the market, he said during his 90-minute humor-filled lecture that often drew raucous laughter from the audience.
A bright spot for Florida is the region's favorable location and constant population growth.
"Population growth is Florida's saving grace," he said. "People just want to be here and that's what's driving your real estate market here."
- April 08, 2015