Whether analyzing market statistics or speaking directly to those professionals “in the trenches” in the real estate industry, opinions of the state of our market vary — often substantially. Yet, regardless of what gauge one uses to assess the current state of our market, one thing is clear — we are on the upside of recovery. Both notable shifts in forward-looking indicators, and overall outlook from prudent real estate investors, point to very positive signs of improvement. 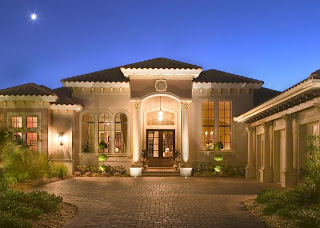 Improvements in the housing market are widely considered a contributing factor to positive developments in the industrial sector of commercial real estate, not unlike the correlation recognized between growth in employment and positive gains in the office sector. Both nationally and statewide, prices and home sales increased year over year in August. According to the National Association of Realtors, existing home sales jumped 7.8 percent in August to the highest level in more than two years — the highest level since May of 2010 when sales were fueled by a federal home-buying tax credit.
While many argue that Southwest Florida lags both the nation and the state with respect to spikes in housing figures, a direct comparison does not always reveal the entire picture. It is true similar spikes were not prevalent in Southwest Florida’s data, yet, when placed in proper context factoring in dwindling inventory numbers and the area’s position in the recovery cycle, important strides were unquestionably made in our local market.

Foreclosure activity was down sharply in Lee County according to statistics recently released by the Southwest Florida Real Estate Investors Association. In September, lenders filed 567 foreclosure lawsuits, down sharply from 765 in August and about the same as the 570 in September 2011. Decreases in foreclosure filings further constrain the amount of future inventory available to buyers — paving the way for the resurgence of new construction.
Towards that end, permit activity has gathered significant momentum in Southwest Florida in the last quarter. In unincorporated Lee County, permit activity posted a 34 percent gain month over month in September, and a 104 percent gain over the number of permits pulled by contractors in September 2011. Multi-family permits also posted a modest gain of 9 percent over the previous fiscal year. Further, new home “starts” have once again increased to a level higher than move-ins according to recent data from national housing data and consulting firm Metrostudy.

Important shifts and strides can be seen among industries which play an integral role in our area’s overall economic rebirth. Fundamental industries such as engineering firms are beginning to mobilize and acquire larger or more suitable space. While some of these leases may be lateral moves with respect to size occupied, they are upward moves with respect to geographic advantage. Year to date, there have been three leases from civil engineering firms either leasing new space or making strategic geographic moves within Lee County to positioning their offices in closer proximity to the urban core and central services districts.
A catalyst to the recent “ramping up” of demand from core industries such as engineering may stem largely, from the notable increase in demand for multi-family development over the past year. Unlike its predecessors, this recovery was led by increases in demand from the rental market, rather than primary demand from traditional homebuyers due to a prolonged depressed employment state. According to the National Association of Home Builders, multi-family developer sentiment recently hit its highest level since 2005. NAHB recently released its Multi-Family Production index which measures builder and developer sentiment about current conditions in the apartment and condominium market. According to the NAHB, the MPI provides a composite measure of low-rent units, market-rent rental units, and “for sale” or condominium units, and gauges whether respondents view the outlook in this sector as improved).

Subsequently, leasing for the second tier of complementary services which include Real Estate Services, Financial Services, and Professional Services including attorneys, architects etc. is becoming increasingly more active on the heels of above-stated improvements and optimism in the housing and industrial markets. The third tier of leasing demand, which includes services and tradesmen, is poised to immediately follow the growth of the complementary services sector in a supportive role once our area reaches its pivotal point of financial opportunity.
Southwest Florida’s recovery is undoubtedly well underway, fueled by continued strength and improvement in key fundamental areas which will aid greatly to its overall health and sustainability. The old adage that the commercial market lags the residential market in both escalation and recovery remains true and our recovery may indeed have been longer than anticipated. New construction drives improvements in the industrial market, and simultaneously lead to significant progress in employment and shifts in primary population — both leading catalysts for immediate gains in the office and retail sectors and the realization of full market recovery.
- October 14, 2012