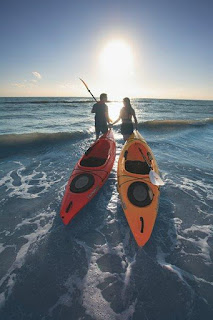 http://www.winknews.com/Local-Florida/2012-01-12/Cape-housing-market-showing-improvements
CAPE CORAL, Fla.- The local real estate market has taken its share of the housing heat. Southwest Florida is frequently on the list as one of the hardest hit areas in the country. But now, we're getting some positive news.
Call it a comeback for Cape Coral. After years of ranking among the worst housing markets in the country, it's finally seeing some positive signs that the worst here may be over.  A new report from the National Association of Builders lists the Cape as one of the "most improved" housing markets of the year. And business leaders are hoping the rest of the local economy follows suit.
Cape Coral and Punta Gorda are two of 76 housing markets showing improvement across the country. A hint that recovery has spread to Southwest Florida.
The Improving Markets Index measures employment growth, home price appreciation, and single-family housing permits. It does not look at foreclosures specifically. Brand new numbers from Realty Trac show Cape Coral/Fort Myers ranks 15th for the most foreclosures in top metro areas, a vast improvement from a number two ranking just over a year ago.
Realty Trac's year end report shows 1.9 million U.S. properties received foreclosure filings in 2011. One in every 49 florida homes received a filing. In the Cape Coral/Fort Myers metro area, 3.29 percent of properties went in to foreclosure last year. That's a decrease from 2010.
- January 12, 2012